The aromatic edible bark that is consumed globally, Cinnamon is the world’s most used baking spice. You may be familiar with using ground cinnamon but how to you use cinnamon sticks and is it any better than the ground version? Lets find out. 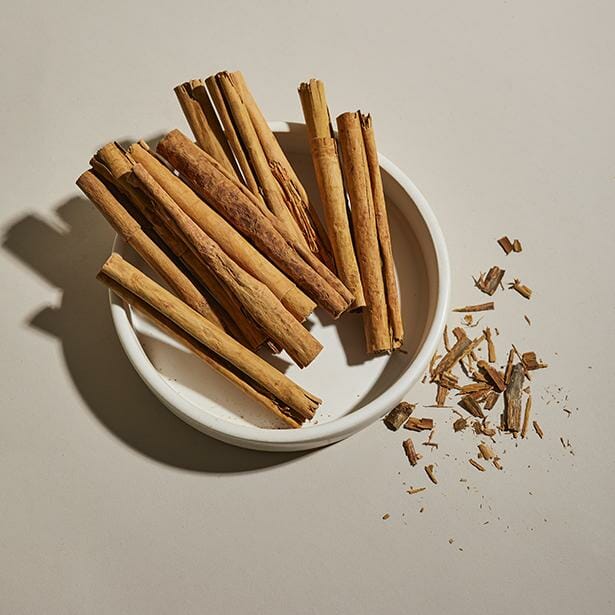 Content quick links
1. What is Cinnamon
2. What is Cinnamon Called in Other Languages
3. What Does Cinnamon Taste Like
4. How To Use Cinnamon Stick For Cooking
5. How to Make Cinnamon Powder From Sticks
6. Health Benefits of Cinnamon
7. How Much Cinnamon Should You Take
8. Cinnamon Substitute and Food Pairings
9. Where to Buy Them
10. How to Store Cinnamon
11. Easy Recipes with Cinnamon to Try

You may already be using the worlds most popular spice which has made it’s way into kitchens and cuisines far and wide.

The most popular form of cinnamon used for cooking and baking is the ground form.

But did you know that uses of cinnamon sticks is perhaps far greater than cinnamon powder.

Cinnamon is an ancient spice that comes from the inner bark of several species of  tropical evergreen tree called cinnamomum genus.

Strips of the inner bark are carefully dried until they curl into rolls known as cinnamon sticks or quills.

Interestingly cinnamon spice is a loose relative of bay leaves as they belong to the laurel tree family heritage. Many are unaware that there are different types of cinnamon available in the market. It may be useful to know the difference to help you choose your best cinnamon type.

Primarily native to China and Sri-lanka, Cinnamon is now grown in many tropical climate countries of Asia, Europe and Americas.

What is Cinnamon Called in Other Languages

Cinnamon has a very distinctive sharp and sweet taste.

It is woody and fragrant.(not a surprise as it is essential a chip from the old wood)

It is used to add both fragrance as well as taste to any dish.

If you use cinnamon especially cinnamon powder in a dish you are sure to taste it in the dish.

How To Use Cinnamon Stick For Cooking

Cinnamon is one of the most used spice in the world.

Every cuisine use them for making some kind of dish.

Powder cinnamon is used for making desserts and bakes.

However the use of whole cinnamon sticks is a bit different to the powder form.

Here are some of the common uses of cinnamon stick.

How to use cinnamon stick in tea?

It is so easy to make cinnamon tea with the quills. Simply boil a cup of water and throw in 1/2 inch of cinnamon stick in boiling water. Simmer water for 3-5 minutes. Remove the stick before serving.

How to use cinnamon quills for baking?

Unfortunately you cannot use whole cinnamon stick or quills for baking desserts and cakes. You are better off using ground cinnamon for that. For baking ground whole sticks into powder and add it to your dish.

I have explained the process of making cinnamon powder with sticks below.

How to use cinnamon sticks for infusing flavour?

One of the best uses of whole sticks is when it is added to any liquid base. This could be warm liquid like broth, gravy, or sauces.

All you need to do is throw in a whole stick to infuse the liquid with a cinnamony flavour.

What are the other uses of cinnamon?

Here are few tips on how to use Cinnamon stick for cooking.

In whichever way you use a whole cinnamon stick it is best to remove it from the dish before serving.

How to Make Cinnamon Powder From Sticks

Like most ground spices, all you need to make cinnamon powder at home from whole cinnamon sticks is to grind it into powder.

You can do this in two ways.

The easier way is to use a spice grinder or a coffee grinder and grind it into a nice fine powder.

The other option is to use a rough and heavy mortal and pestle.

The texture may not come as smooth and powdery but you can still turn it into a coarse texture.

Cinnamon is a spice synonymous with festivities, bakes, cookies and fragrant warm days.

Knowingly or unknowingly you have been doing your food and yourself a wealth of good my adding this wonderful spice to your meals.

Cinnamon has been used for medicinal properties for centuries and has many health benefits.

So is Cinnamon good for you? You judge for yourself.

May help control Type 2 Diabetes – In a study of control trial with patients with type 2 diabetes it was found that cinnamon helped in reducing blood pressure and improving insulin sensitivity.

May help prevent cancer and Inflammation-  The antioxidant properties of Cinnamon is far more than other superfoods. The polyphenols present protect against DNA damage and cell mutations associated with cancer and inflammation.

Maintain good oral health – The antimicrobial properties help in reducing bacteria that cause tooth decay and also act as a breath fresher.

May help fight against infections – Cinnamaldehyde is one of the main active components present in the spice that protects the body against infections. Although more research needs to be done on this, it is believed that Cinnamon can reduce the growth of bacteria like listeria, salmonella and yeast infection.

Reduce cholesterol – Some studies indicate that people who ate fatty meals but rich in spices such as turmeric and cinnamon had reduced about of tricycerides. Cinnamon may play a role to lower bad cholesterol levels and raise good cholesterol.

How Much Cinnamon Should You Take

Due to the different varieties of cinnamon, the composition of different components and the serving sizes it is difficult to say how much is the recommended cinnamon intake.

One can say that taking 1/2 to 1 tsp or 1 inch of cinnamon stick a day is sufficient amount.

It is also good to be aware of the the side effects of Cinnamon.

The common ceylon variety has more of this compared to the other types.

High levels of cinnamon intake can lead to blood coagulation and can be toxic to the liver.

It is best to take your doctors advice before consuming cinnamon as a health supplement.

Like most spices, there is always an option to substitute cinnamon with other spices.

You can read about the best substitute for cinnamon and the food pairings on this post here.

Click here to read about cinnamom substitutes and food pairings

Where to Buy Them

Depending on the type of cinnamon you wish to buy, they are easily available at most supermarkets.

You will find the ceylon variety in most super stores.

For Cassia Cinnamon you will have to visit an Indian/Asian or Ethnic grocery store.

Wherever you choose to buy it from make sure it is from a trusted source.

The sticks should be bright and in whole pieces with neat tight quills.

Check the manufacturer date before you buy as old cinnamon stick will taste a lot less stronger.

How to Store Cinnamon

Keep it in a tightly sealed glass container, or if they are in a packet then close the opening of the packet tightly with a clip.

Store them in a dark, dry place away from direct sunlight.

Well stored sticks will keep its character and flavour for a least 12 months.

Buy Cinnamon sticks and other types of cinnamon from the The Spice House online store.

Easy Recipes with Cinnamon to Try 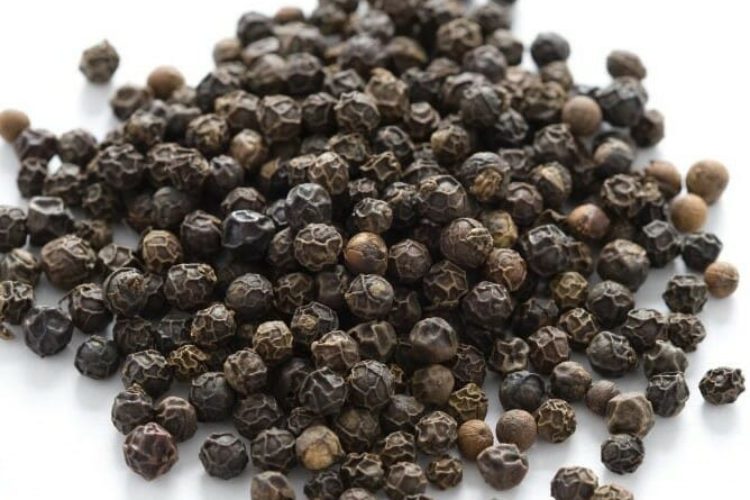 Two types of seasoning that is considered the back bone of any culinary creation is... 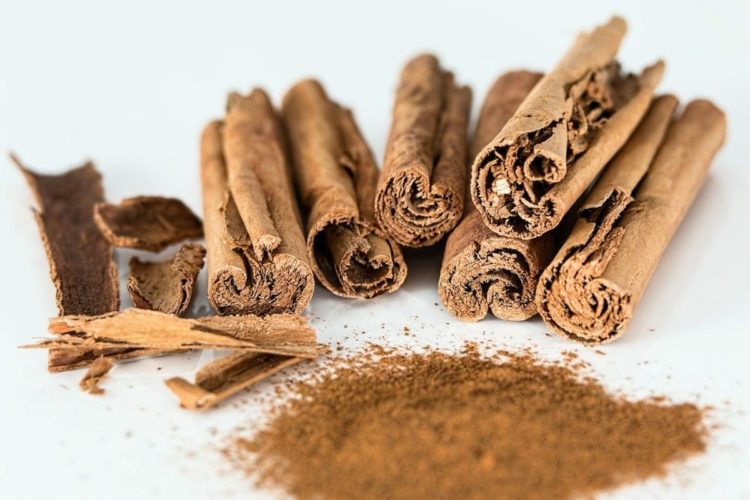 Types of Cinnamon used for cooking, Are you using the right one?

Woody, aromatic and an emotional trigger that denotes festivities, cinnamon spice is used in many... 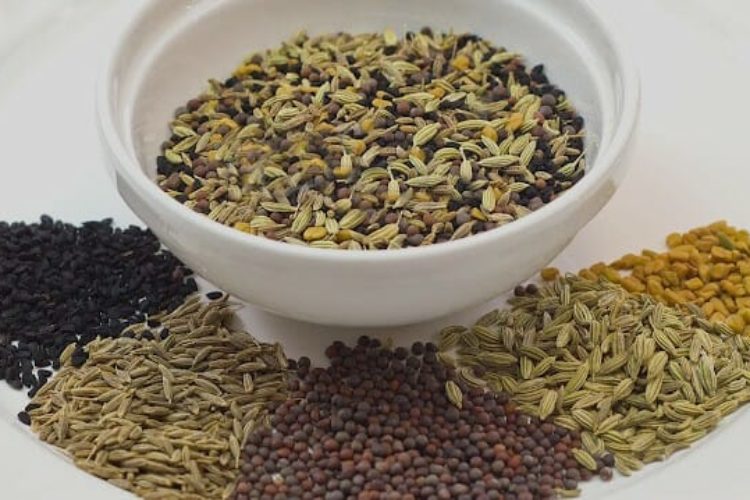 What is Panch Phoron and how to use it for cooking

Two types of seasoning that is considered the back bone of any culinary creation is...

Types of Cinnamon used for cooking, Are you using the right one?

Woody, aromatic and an emotional trigger that denotes festivities, cinnamon spice is used in many...

What is Panch Phoron and how to use it for cooking

This website uses cookies to improve your experience while you navigate through the website. Out of these, the cookies that are categorized as necessary are stored on your browser as they are essential for the working of basic functionalities of the website. We also use third-party cookies that help us analyze and understand how you use this website. These cookies will be stored in your browser only with your consent. You also have the option to opt-out of these cookies. But opting out of some of these cookies may affect your browsing experience.
Necessary Always Enabled
Necessary cookies are absolutely essential for the website to function properly. These cookies ensure basic functionalities and security features of the website, anonymously.
Functional
Functional cookies help to perform certain functionalities like sharing the content of the website on social media platforms, collect feedbacks, and other third-party features.
Performance
Performance cookies are used to understand and analyze the key performance indexes of the website which helps in delivering a better user experience for the visitors.
Analytics
Analytical cookies are used to understand how visitors interact with the website. These cookies help provide information on metrics the number of visitors, bounce rate, traffic source, etc.
Advertisement
Advertisement cookies are used to provide visitors with relevant ads and marketing campaigns. These cookies track visitors across websites and collect information to provide customized ads.
Others
Other uncategorized cookies are those that are being analyzed and have not been classified into a category as yet.
SAVE & ACCEPT
Scroll to Top