Home » Indian Cooking Blog » Spices » What is cumin seeds and why should you use them?

These tiny unassuming looking seeds should be a must have in every kitchen. So what are cumin seeds and how do you use them and taste the miracle change of flavour in food. 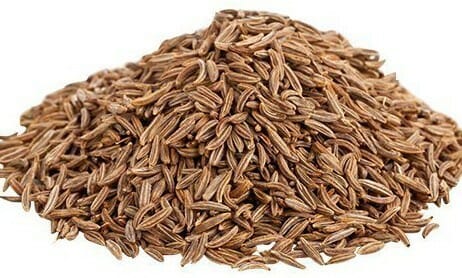 There are not many Indian dishes made without Cumin Seeds. They  are the unsung heroes when it comes to Indian cooking and Indian food.

They also are one of the essential Indian spices to cook Indian food.

What Is Cumin Seeds

They are the dried seeds of the plant, Cuminum cyminum belonging to the parsley family.

Do not confuse yourself between ground cumin and cumin seeds.

They are two different spices and different cooking uses.

Due to the popularity of use of these seeds, you already may know them by other names.

In French it is also called cumin although in a the lovely french accent.

In German they are called Kreuzkümmel.

And in Spanish its Comino

Cumin seeds is a warming spice with a nutty, pungent flavour.

It has a very earthy aroma and rich in volatile oils that get released when roasted lightly on direct heat or in oil.

They can be used to make many dishes such as stew, soup, Indian curry, stir-fries, rice and almost any dish you can think of.

How to Use Cumin Seeds For Cooking

Cumin seeds are used whole in many Indian and other cuisines as the first step to add flavour to oil.

This cooking method is called tempering in hot oil. Learn how to temper cumin seeds here.

Cumin seeds is tempered in warm oil at the very beginning of the cooking process. Other whole spices may be added to it or it can be used as a single spice too.

You can also dry roast cumin seeds and use it as a seasoning for drinks, salads, stews, and soups or grind them into powder.

Whole cumin ground into powder is used to make many popular spice blends such as this homemade curry powder and this homemade Mediterranean spice mix.

Difference Between Cumin Seeds VS Ground Cumin VS Caraway Seeds

While cumin seed are whole spice, cumin powder or ground cumin is cumin seeds grounded into a powder form.

Although similar in flavour, ground cumin is sweeter and more intense than its seedy cousin. Therefore one should not assume that both serve the same purpose.

While cumin seeds are used mostly at the beginning or at the very end of the cooking step, cumin powder can be added directly into the dish midway through the cooking process.

Another common confusion and misjudging of spices is using caraway seeds instead of cumin seeds.

This is easily done as both caraway and cumin are almost identical in appearance but are completely different spices with different tastes.

Rich in Iron – Cumin seeds are rich in Iron and Manganese which helps to maintain good bone and muscle structure by improving calcium absorption.

Where to Buy Cumin Seeds

Being a popular spice you can buy cumin seeds in any supermarket or ethnic store.

They are readily available in most grocery shops.

Buy cumin seeds that are dark brown in colour and in small packs if you do not intend to use them often.

How to Store Cumin Seeds

Cumin seeds should be kept in a tightly sealed glass container in a dark, dry place away from direct sunlight.

Well stored cumin seeds will keep its character and flavour for almost a year.

Cumin seeds are a very flexible spice and go well with any food item and mostly all spices.

What Are the Best Spice Substitute for Cumin Seeds

The flavour of cumin seeds is very distinctive and one that is difficult to replicate. Therefore there isn’t any suitable best substitute for them.

However, if you must then the following spices can be used as an alternative to cumin seeds.

Unlike the many spices, these tiny seeds are one of the easiest and most popular spice used in many different cuisines.

The ease of use makes them one of the best spices to start cooking with spices especially for those who may be new to cooking.

Apart from the flavour that it adds to a simple boiled potatoes, it also has health benefits.

Earthy and aromatic they are once such spice I highly recommend adding to your spice draw.

Cumin is my all time favorite spice in the kitchen. I love to purchase the seeds and grind them on my own for the freshest flavor. Thanks for such an informative post regarding my favorite spice!

Hi Megan! SO glad to hear that you make your own ground cumin. I am sure you would have felt the difference in taste!